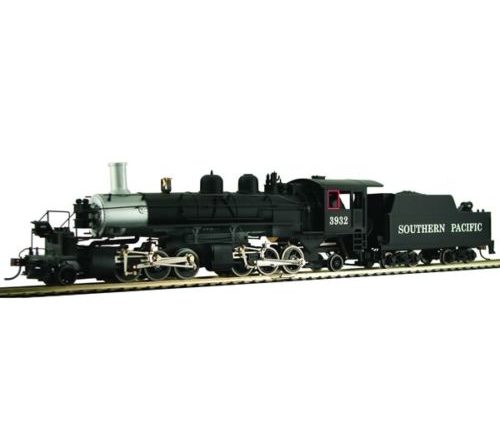 Model train scales are direct size comparisons to real-world trains and are also directly related to model train gauge which is the width of the track the train runs on. The Scale is very important when you are planning out your future model railroad layout.

Here are the most common scales from smallest to biggest. The number for example on the z scale is 1:220 which means the model is 1/220th of the size of a real-world train.

So what is the most popular scale and is it right for me?

The most popular scale is HO(1:87) but it really depends on your space and budget. O(1:45) scale is also quite popular and is great for outdoor layouts if you like your trains really big.

The scales in detail

As you can probably guess, since the Z Model Train Scale is small, it is perfect for people that have very little space available to them for hobbies. You can make some pretty extravagant train sets on a smaller scale with this. However, the small size also has its downsides. Perhaps the biggest of these is they aren’t great for small children. The small scale means it is difficult to keep them on track and children can quite easily become frustrated with this. However, if they are well supervised then this shouldn’t be too much of a problem.

One of the biggest downsides at the moment to Z Scale trains is the availability. The market is growing, but it seems to be at a rather slow pace. This is down to the lack of demand for these products. Of course, lack of demand also pushes up the price of the trains considerably and thus this type of scale can be very expensive to deal with. On the flip side, however, these sets are very portable and even a big set can fit inside a small briefcase.

The N Scale is one of the most popular scales in the world nowadays. After the Z model train scales it is the most popular of the small sizes. It is 1:160, which of course means that everything is going to be 1/160th the size of a normal train.

One of the great things about N model train scales is that they can fulfill two different needs. To start with they are small enough for the hobby user who doesn’t have too much space at their disposal. However, they are also cheap enough and big enough to make some pretty extravagant large-scale model train sets, so this is one of the preferred scales.

Whilst the N Scale isn’t as widespread as HO, the availability is still pretty good and unless you have a pretty obscure train choice then you should be able to find exactly what you want, and it will be fairly priced as well.

The downside however is that this is still a small train set and those with poor eyesight do struggle to work with it and it isn’t really recommended for children. Opt for this scale if you have very little space at your disposal but still wish for something slightly bigger than Z.

The TT Scale is something that I am going to mention in passing here as it is a scale that hasn’t picked up and it is highly unlikely that you will find this scale on sale unless you head to Eastern Europe, which is a shame as it is one of the more perfect of the model train scales. It sits at 1:120 scale. As you can guess however, the selection is limited and what you do find is going to be incredibly expensive. Give this a wide berth unless you are one of the more ‘hard core’ collectors.

Whilst these are not strictly the same scale I am going to lump them into one here. This is because for the most part, all accessories are interchangeable. These are 1:87 scale. You will find that HO trains are incredibly popular in North America and OO are popular in the United Kingdom, thus you will be able to purchase from either country and end up with something that is compatible.

One of the best things about this scale is that it is incredibly popular. Not only is the availability larger than any other scale, but the majority of clubs that you may want to join solely use this scale. To cap it off, the popularity means that the trains are incredibly cheap as production is on a larger scale. Honestly, this is one of the best model train scales for an amateur.

The size is large enough to be perfect for anybody young or old and you will not suffer the same difficulties as handling other scale sizes. In addition to this, the trains tend to be far more detailed as you will be able to pack a lot more onto them. The downside is that the track does take up a substantial amount more space and thus isn’t good for those with limited space in their hobby area. On the plus side, you can come up with some particularly extravagant designs.

The S Scale of trains is similar to TT in that it isn’t as popular. It is 1:64 scale and is most commonly associated with model trains which come under the ‘American Flyer’ brand of trains. It is a particularly exotic scale and finding this on offer is going to be fairly difficult. It has increased in popularity in the past few years however despite its previous decline. I suggest that this is a scale more suited for serious hobbyists who are after something which nobody else has. This shouldn’t be your ‘base’ train scale otherwise you will struggle.

Hopefully, this has been of some use for you for finding out how model train scales work. Remember, you can always change your scale in the future but this is going to involve replacing all of your equipment, and that is going to be expensive. It is therefore important to purchase the best possible scale for your needs to start off with, and the information that I mentioned should be enough to point you in the right direction.